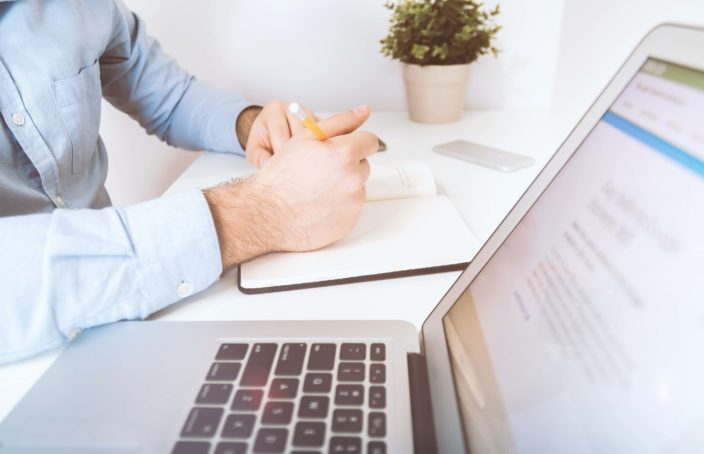 One of the most frequently asked questions I get about business planning is:

“But I only have a small business – do I really need to prepare a business plan?”

My wholehearted answer is always “Yes, Yes and Yes!”

First, understand that any sized business without a plan is moving in the dark. There are no long-term goals, no real target. Any supposed goals you set for the year are actually parts of a giant to-do list because they are not coordinated toward a big picture that you need to work toward if you want to achieve your business dream.

Imagine going on a holiday without a plan, and just buying the first ticket that pops up. What would you pack? What currency would you bring? Where should you stay?

What do you want out of your holiday? If you wanted to go shopping but your unplanned ticket takes you to a remote beach resort, you’re not going to achieve your goals.

But just put the common sense of having a plan aside. People say to me, to justify their lack of a plan – “but it’s too hard, I’d rather just do it.”

Apart from “Do it? Do what exactly?” I show them how it’s not “too hard”, that it is a simple step-by-step process.

You just need the formula.

So, what is the formula?

First, define exactly where you want your business to ultimately go – what will it be like to signify success” to you?

Second, understand exactly where you are now so that you can see the gaps between current reality and the future, desired picture.

Third, create strategies that will move your business from the strengths and weaknesses you have now, to be the type of business you have defined as successful, and prioritise those strategies.

Finally, schedule regular reviews to see “how are you going?” and to adjust the strategies if they are “off”. The military always says that the best plans need to be changed after the first shot is fired. You don’t want to keep doing something that’s not working.

Let’s go through a case study.

One of the businesses that bought my One Day Business Plan online planning workshop training was an electrician. Here’s his brief history:

So, a really, really small business.

Following the One Day Business Plan formula, he started by describing his Vision for his ultimate business, realising this was a long-term view:

He then used the templates in the One Day Business Plan downloadable documents to define his Vision from four perspectives:

From the perspective of customers, he decided his Vision meant that:

From the perspective of his employees, he decided his Vision meant that:

From the perspective of his finances, he decided the Vision meant that:

From the perspective of key business systems, he thought his Vision meant that he would have to excel at:

Completing this work, he listed all the performance measures he would need to meet in future:

He decided these nine Performance Indicators would be measured regularly.

Then he turned his attention to the One Day Business Plan module on understanding where his business was currently.

He started a Strength, Weakness, Opportunities and Threats (SWOT) Analysis on his business.

He found his Strengths were:

His Weaknesses were listed as:

He decided that he had the following opportunities:

Looking at the other side of the coin he identified the following threats:

Reviewing his Vision and his SWOT Analysis he wrote down the following gaps on the One Day Business Plan gaps worksheet:

Following the One Day Business Plan guided process he designed the following strategies:

He then prioritised his strategies:-

He then focused on his short-term strategies in accordance with the One Day Business Plan objectives of writing his one-year business plan.

He decided his Goals for the next 12 months were:-

Using the One Day Business Plan Action Planning Worksheets, he stepped out all the detailed actions he needed to do in order to carry out his strategies and achieve his 12-month goals.

These Action Plans became his daily reminders of the actions he needed to take to implement his Business Plan.

Before he finalised and documented his Business Plan, he followed the One Day Business Plan process to schedule monitoring and evaluation of results.

Finally, so that it was all documented and put into a file that he could refer to continuously, he wrote up his Business Plan using the format set out in the One Day Business Plan program.

This meant that he could use the document to tick off his actions and that he knew exactly where to find the information he needed to make decisions.

The next day, he started implementation!

As you can see, despite being a very small business, the electrician decided to invest his time in the value of a Business Plan so that he could set targets that aligned with his long-term and ultimate Vision of “success”. In this way, he felt that all his actions, even in these early days, were aligned to getting the outcomes he wanted.

As you can also see, he was able to do all of this himself, just by following the formula as laid out by the One Day Business Plan online program. These were logical step-by-step actions that led from one stage to the next in an understandable and practical way.

So, in conclusion, whatever size business you own, you need a business plan.

Otherwise, instead of “Ready, Aim, Fire,” it’s actually “Fire, Ready, Aim”! How can you get to the success you want without planning? Every step you decide on is not guaranteed to take you to where you want to ultimately be.

Go and learn more about business planning by learning more about the One Day Business Plan program, so-called because it is designed as a timed workshop to take you through the above process in just one day (knowing how short of time you are!).

During the month of June 2021, I am also offering a discount on this program – check my Facebook page to get the discount code.

If you feel you’re not quite ready, why not take my shorter – and free – four-part video training course on how to write your business plan yourself? Sign up for the free course here.

Hey, even if now is not the right time for you, make sure you keep going to Teik Oh Dot Com to learn more strategies you can implement immediately to grow your business. And make sure you don’t miss any of these tools, processes and strategies by getting them sent directly to your inbox here.

Cover image by Jeshoots on Unsplash